For more than two decades, Weber Advertising & Marketing has strived to be the only true vertically-integrated agency in the U.S., and to that end founded its own on-site Digital Express color printing department, and even hired a full-time carpenter (a rarity in the business) for retail signage installations - moves which have helped all of its clients to achieve consistency in branding while reducing costs. But, if recent equipment acquisitions are any indication, the Lancaster firm is seeking to 'elevate' its large format printing capabilities to all new levels.

With the sheer volume of signage steadily increasing, including posters and placards that are needed on a weekly basis for grocery stores, WAM recently decided to ease its future labors by adding the following time-saving pieces of gear to its LFP department:

MIMAKI JV300 160 Wide-Format Printer
With a three-way intelligent heating system (Pre-heater, Print heater and Post-heater), this high-performance, high-quality eco-solvent machine has uniform drying across the width of the printer, for even image quality - and moreover, much faster printing than the earlier versions of JV printers still used by WAM.

BBC Industries Digi-Dri™ Portable Infrared Dryer
As if the JV300 wasn't already fast enough by itself, the Digi-Dri™ conveniently rolls up next to the printer, attaches to the output material, then uses uniform infrared heat distribution to gently dry the ink to a full cure - pretty much on contact. Which means most large format jobs will no longer have to be laid flat on the floor and dried for hours.

Sure, WAM has always strived to "get stuff done" fast. And due to its vertically-integrated business model, with everything from account services to digital art lay-out, and creative services to large-format printing all handled under one roof, they've been able to do just that. But if you're wondering what the addition of this new technological trio means to the company - and more importantly, to clients - one only has to look to LFP's Dave Cote for further insight.

"We have weekly grocery store signage that used to take us 2 days to print," says Dave. "But now, with machines like the KIP 870, it takes us only 2 hours."

Clients (both current and potential), you don't have to be mathematically-inclined to calculate that all those extra hours gained can now be put toward creating and installing in-store displays, writing and designing mailers, managing social media campaigns - and much more - for YOU!

Weber Advertising & Marketing, one of the largest advertising and marketing firms in the Central Pennsylvania region, prides itself on "getting stuff done" across all media platforms - and across the U.S. To see updates on the various cool projects, big and small, that the WAM team gets asked to work on, visit our Facebook page regularly. 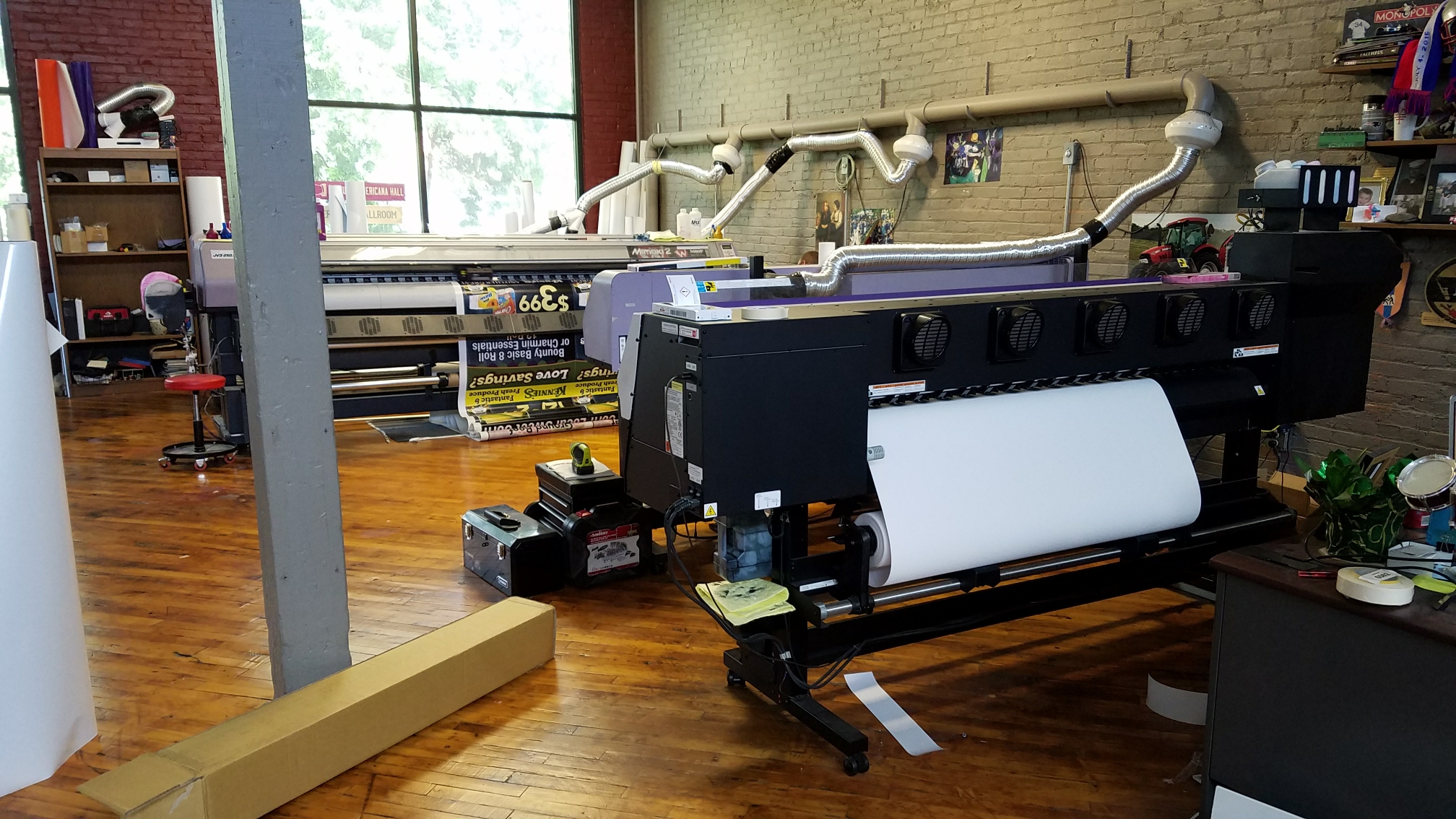 Fans of History's "Vikings" (and even those who've never watched the series) have no problem conjuring up an image in their heads when hearing the words "Viking funeral."

But staging a "real" Viking funeral with a real Viking ship and real Viking sail? Something that can only happen on film, right?

Try telling that to the folks at Traction Creative in Vancouver, who reached out to their contact at ACI Design & Theme Productions in Lancaster - who in turn reached out to Weber Advertising's "Sultan of Signage" Dave Cote. When Dave heard about the project - the construction of a replica ship for transport to San Diego's 2017 Comic-Con for re-enactment of a Viking funeral - he and his LFP team were stoked about lending a hand.

"They came to us rather than bigger name companies because we get stuff done quickly, and more affordably," says Dave proudly. And what exactly was it that ACI Design wanted WAM to get done quickly? A sail emblazoned with the logo from the "Vikings" show!

But, it couldn't be just any old sail, printed on just any kind of material. In order to spare the sail from going up in smoke like the rest of the Viking ship it would need to be printed on flame resistant material. Plus it would need to be easily transportable. WAM's experts accomplished both tasks by using four separate fiberglass panels which were subsequently stitched and hem taped together.

"I remember telling them that neither the stitches nor the tape were fire-resistant," says Dave, who feared a quick and early demise to the focal point of the Viking funeral. "But they replied 'hey, it might look better if the sail actually fell apart'."

The result: a fiery spectacle that served as the perfect promotion for season 5 of "Vikings," scheduled to set sail Wednesday, November 29th on the History Channel.

Weber Advertising & Marketing, a vertically-integrated agency and one of the largest advertising and marketing firms in the Central Pennsylvania region, prides itself on "getting stuff done" across all media platforms - and across the U.S. To see updates on the various cool projects, big and small, that the WAM team gets asked to work on, visit our Facebook page regularly. 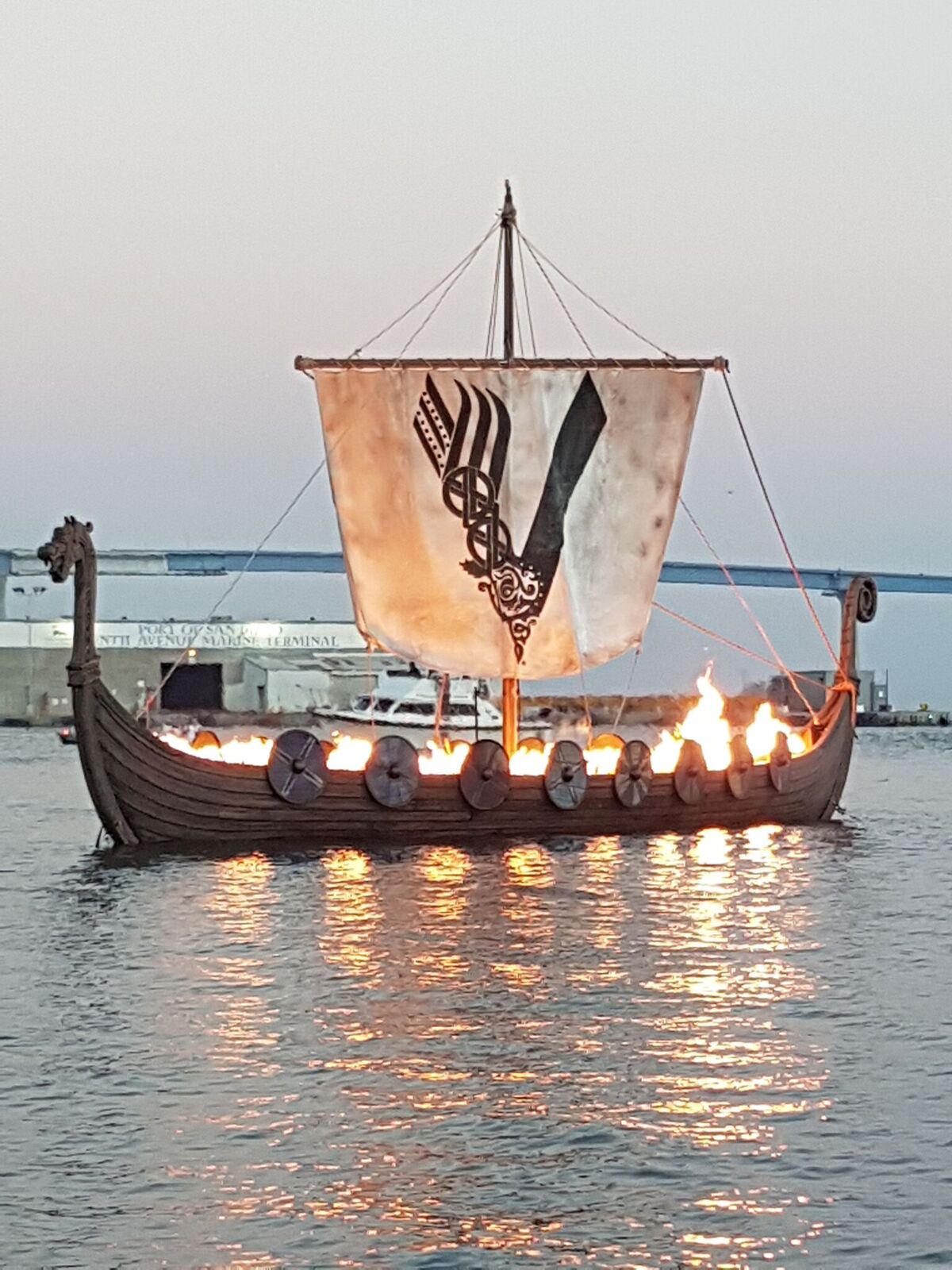 Weber Advertising & Marketing founder Jim Weber has been doing things differently for more than two decades - and the agency's success speaks for itself: an evolution from a small "one-man shop" in a 1,800 square foot building in 1996, to a diverse 37-employee team housed in WAM's current 48,000 square feet of space, where the company's annual revenue ($7.63 million in 2014) has soared to the point of earning them recognition as the 5th largest advertising, marketing and PR firm in Central Pennsylvania (Central Penn Business Journal, "16 Lists for 2016").

But WAM's motto - We Care. We Share. We're Always Fair. - and its unique vertically-integrated "we get things done under one roof" work model, aren't in and of themselves the reason why the agency has seen such growth. "It is also the talents and dedication of our staff, and the loyalty of our clients," says Jim. "Without them there wouldn't have been even one year of success, let alone twenty."

Which is precisely why Jim and his wife (and business partner) Jennifer recently threw a huge 20th Anniversary Gala at their offices - to celebrate and honor the many people, past and present, who have played such a integral part in making Weber Advertising what it is today.

On Friday, January 29th, approximately 170 guests gathered at 533 Janet Avenue in Lancaster to dine on fancy hors d'oeuvres and a delicious steak and crab cake dinner, while being entertained by the Todd Fulginiti Trio. There were also plenty of memories shared, including those sparked by a special slide show assembled by WAM Art Director Tony Roda.

For more than five hours, clients, staff, and friends celebrated an accomplishment that's truly been twenty years in the making: the creation of an agency that has become both a fixture in - and a friend to - the local community.

To see updates on the many ways that Weber Advertising & Marketing helps businesses celebrate their strengths and increase their bottom lines, visit our Facebook page regularly. 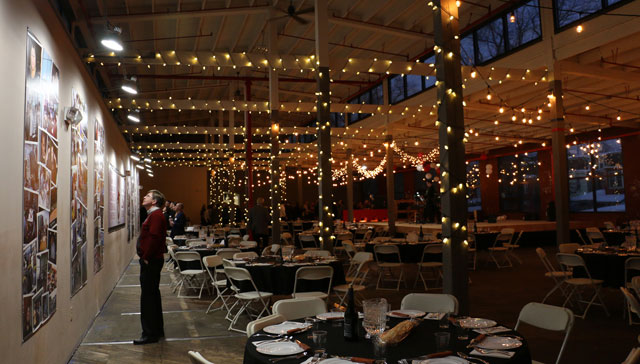 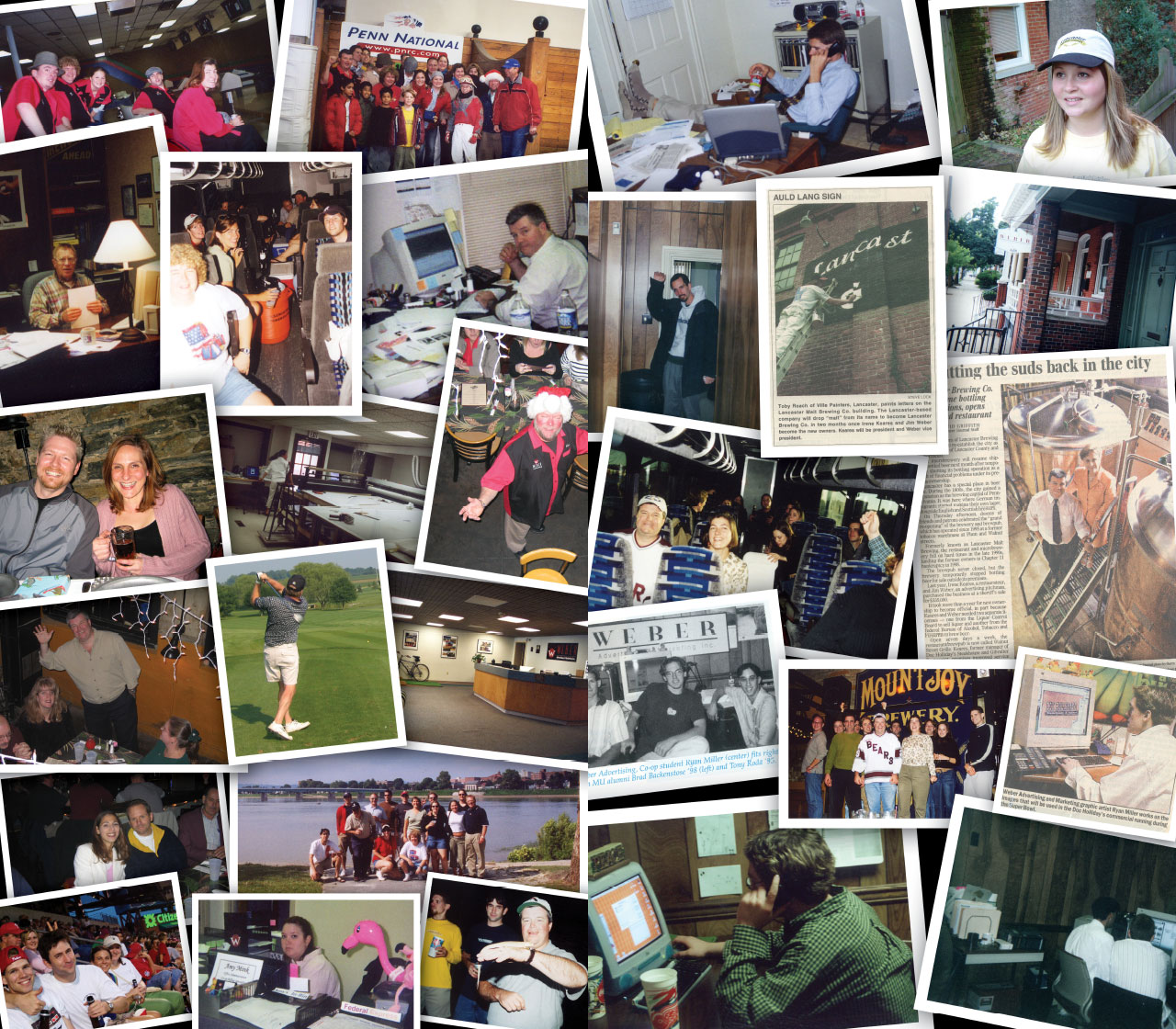 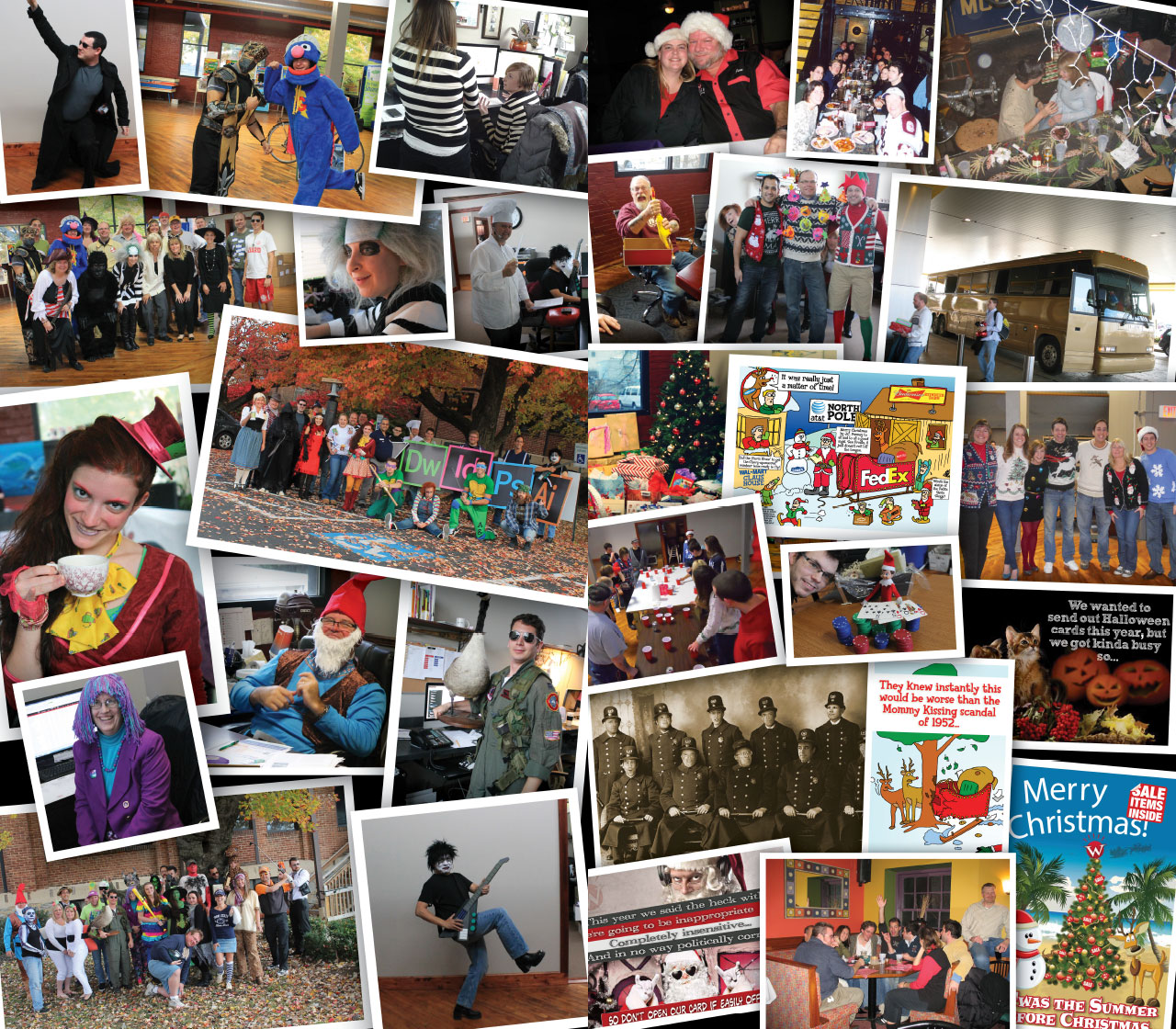 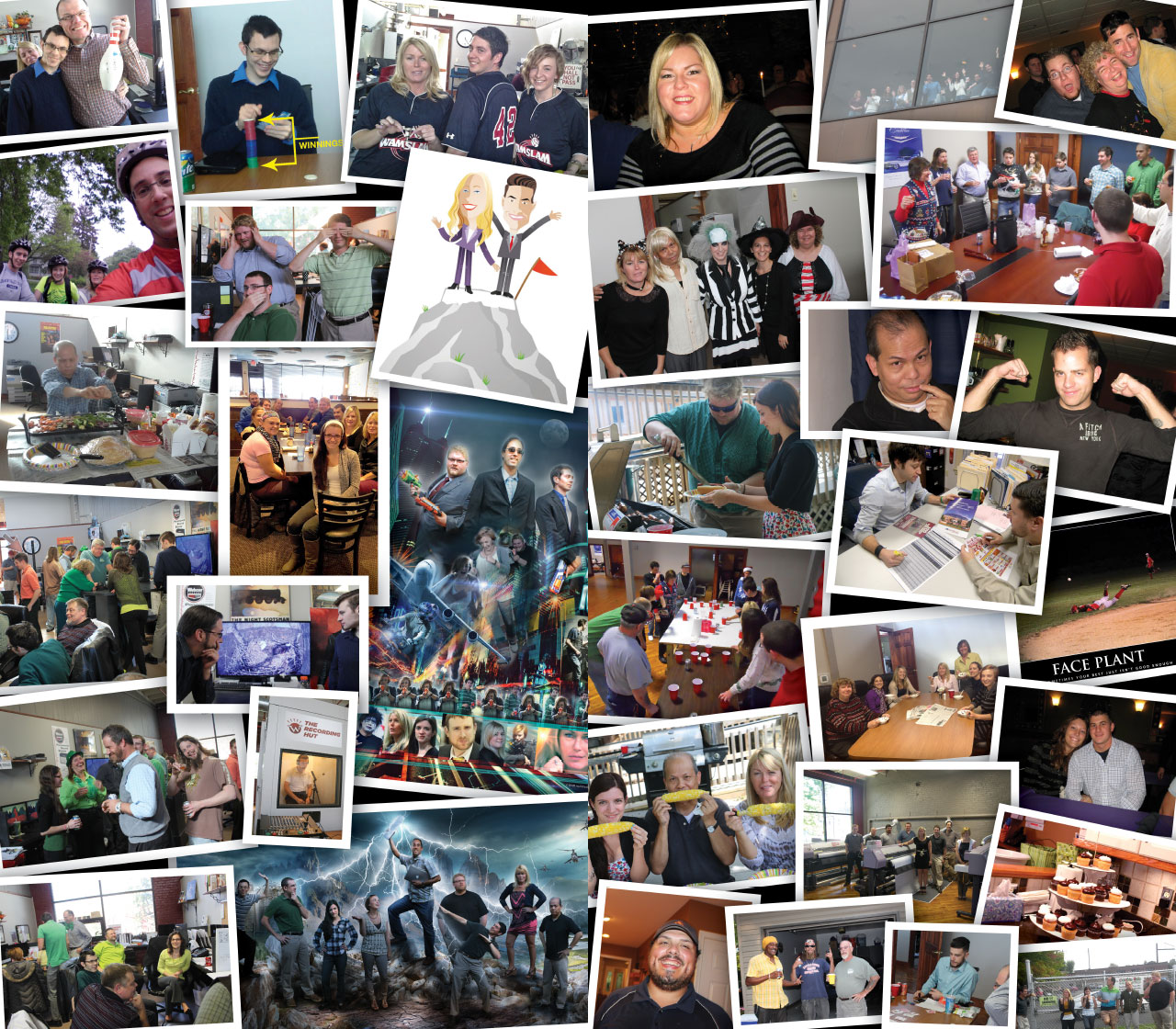 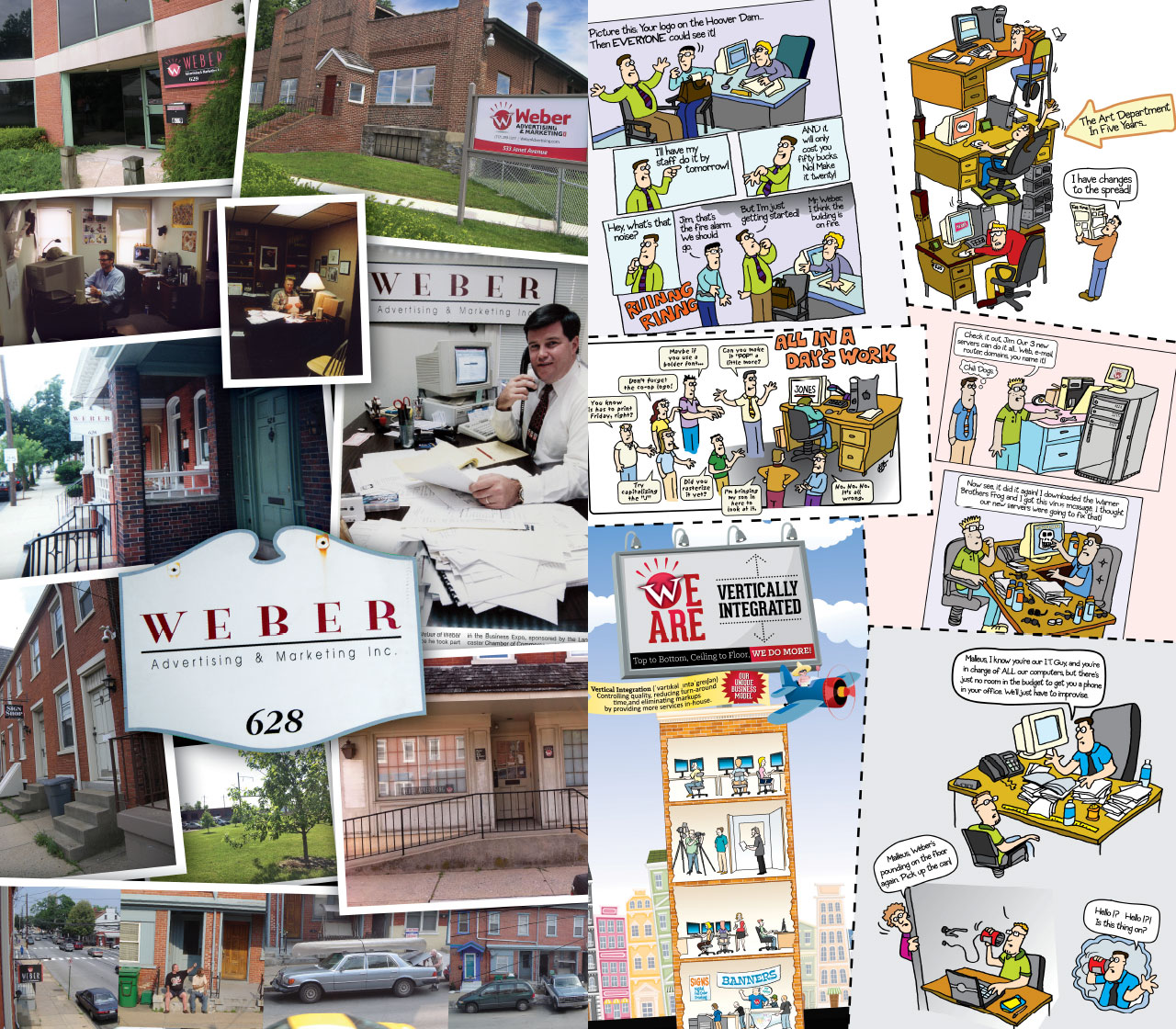